Were the Romans ever in what is now Thuringia? Yes, they were! How and why Romans and Roman finds came to the free Germania between the Werra and Saale rivers was shown in the Mühlhausen exhibition “Rome’s Lost Province”. The exhibition catalogue has now been published.

Traces of the Romans can also be found in present-day Thuringia. For example, a Roman garment clasp made of bronze with coloured enamel overlay from the 2nd century was found, a sliding key and the fitting of a horse harness from the same period. In addition, silver and bronze coins as well as shoe nails from the caligae of the Roman legionaries. The exhibition in the Museum of Cultural History brings together more than 300 exhibits, 120 pieces of which are on loan from other museums in Thuringia and other federal states.

Most of the finds are very small-scale and rather interesting for experts. The exhibition organisers, led by Thomas Schierl, also knew this and supplemented the archaeological finds with some plaster busts, a replica of the inevitable Augustus von Primaporta statue and, above all, large-format photo panels and some video contributions. These illustrate how Roman finds arrived in what is now Thuringia. For example, through barter and trade, through the payment of salaries to Germanic tribesmen in Roman service or donations and bribes to Germanic tribal leaders. Some things may also have been stolen by Germanic tribes on the other side of the Rhine border or lost by Roman legionaries on patrol through Germanic territory.

The photo panels and videos were created with the help of actors from the Living History groups Legio XVII Albica and Thunrakundi and are very successful. The photos and videos were taken in the so-called sacrificial moor of Niederdorla, a museum and open-air site with a reconstructed Germanic settlement. 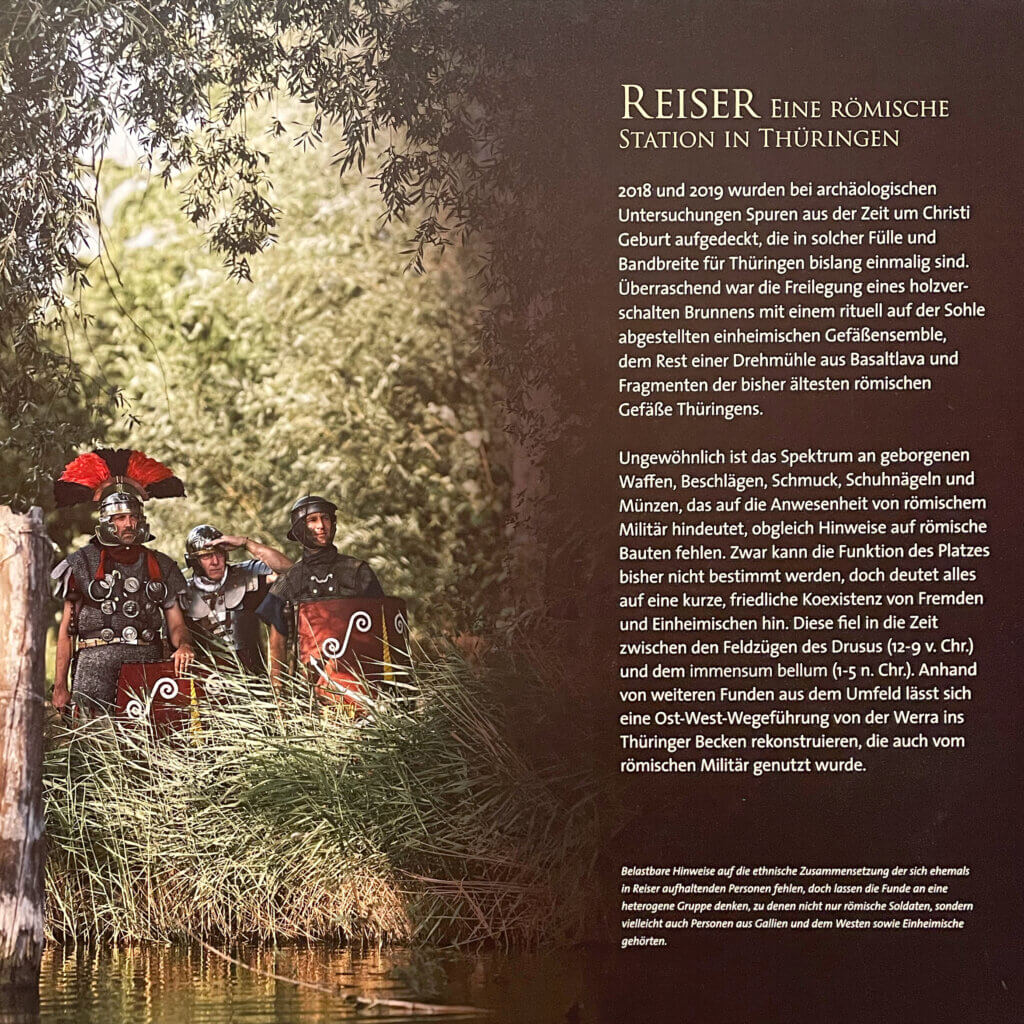 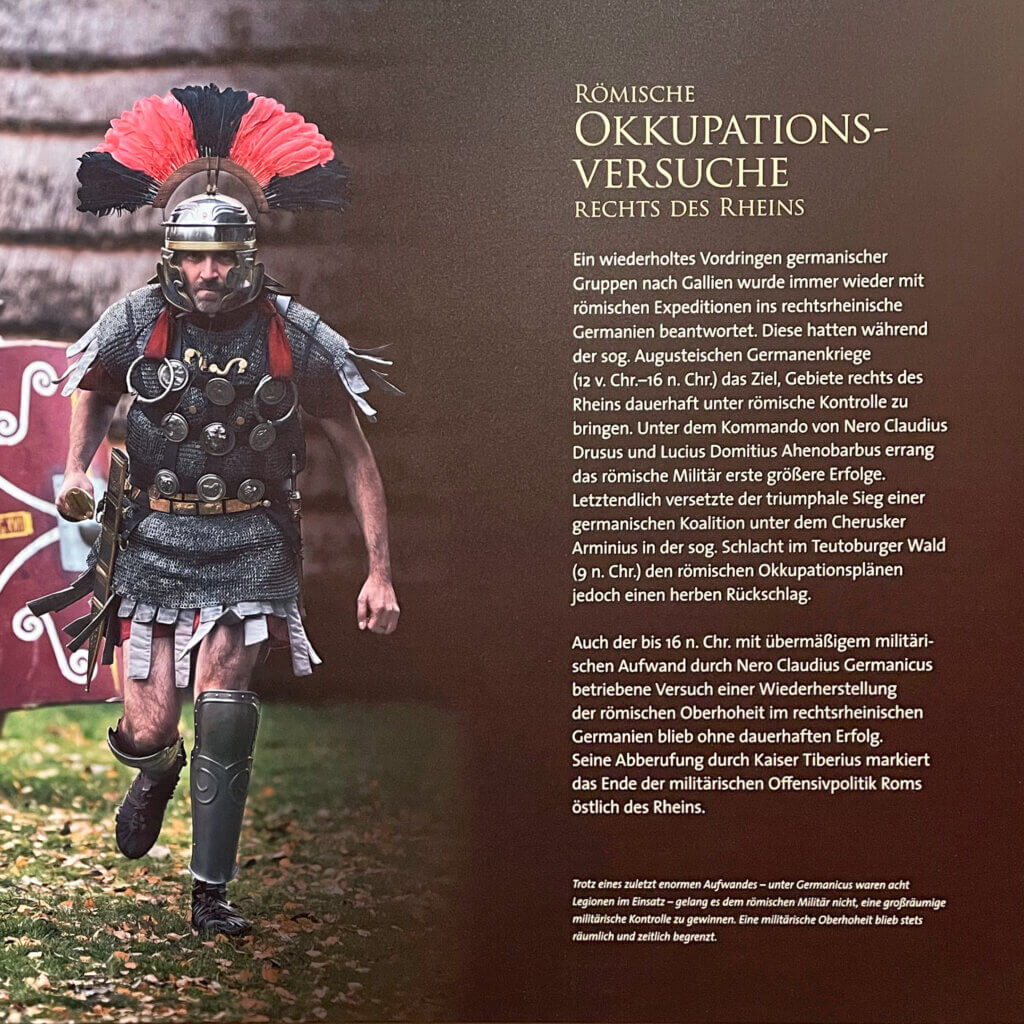 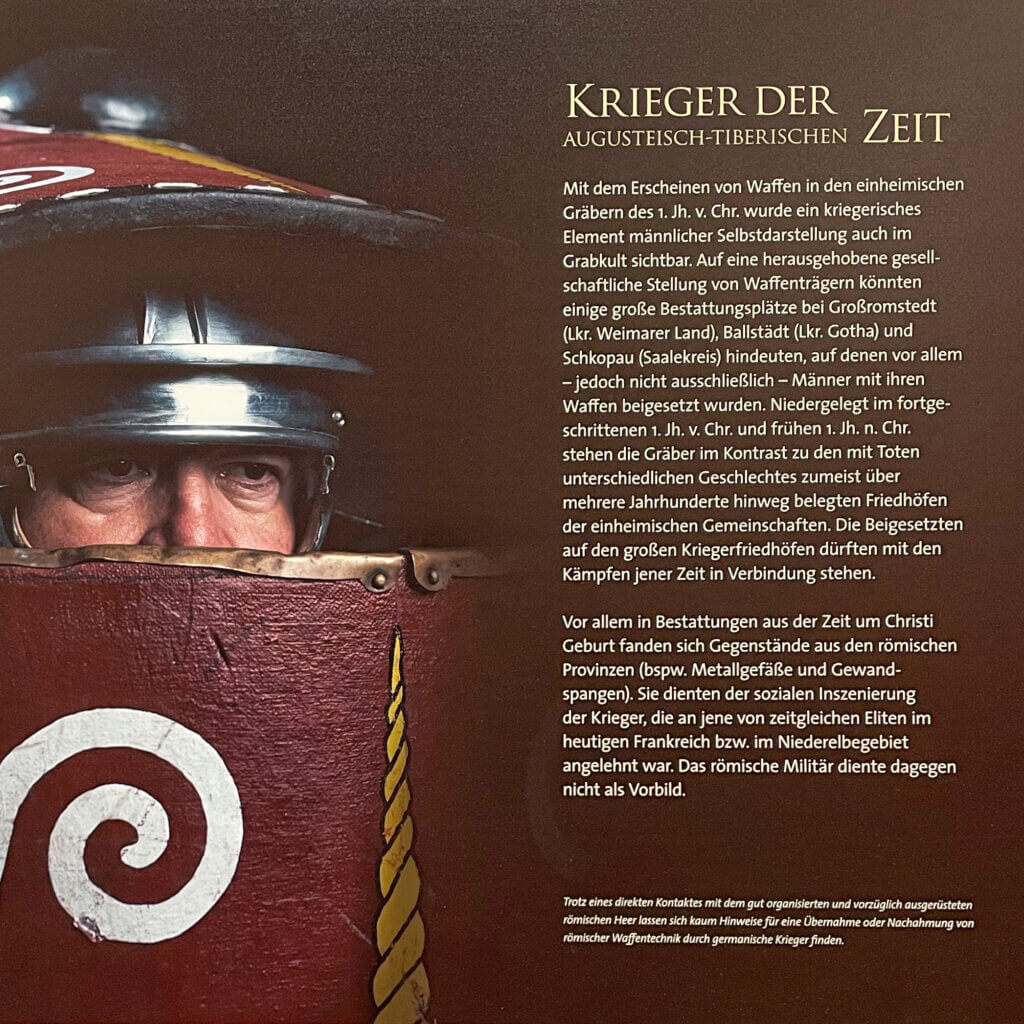 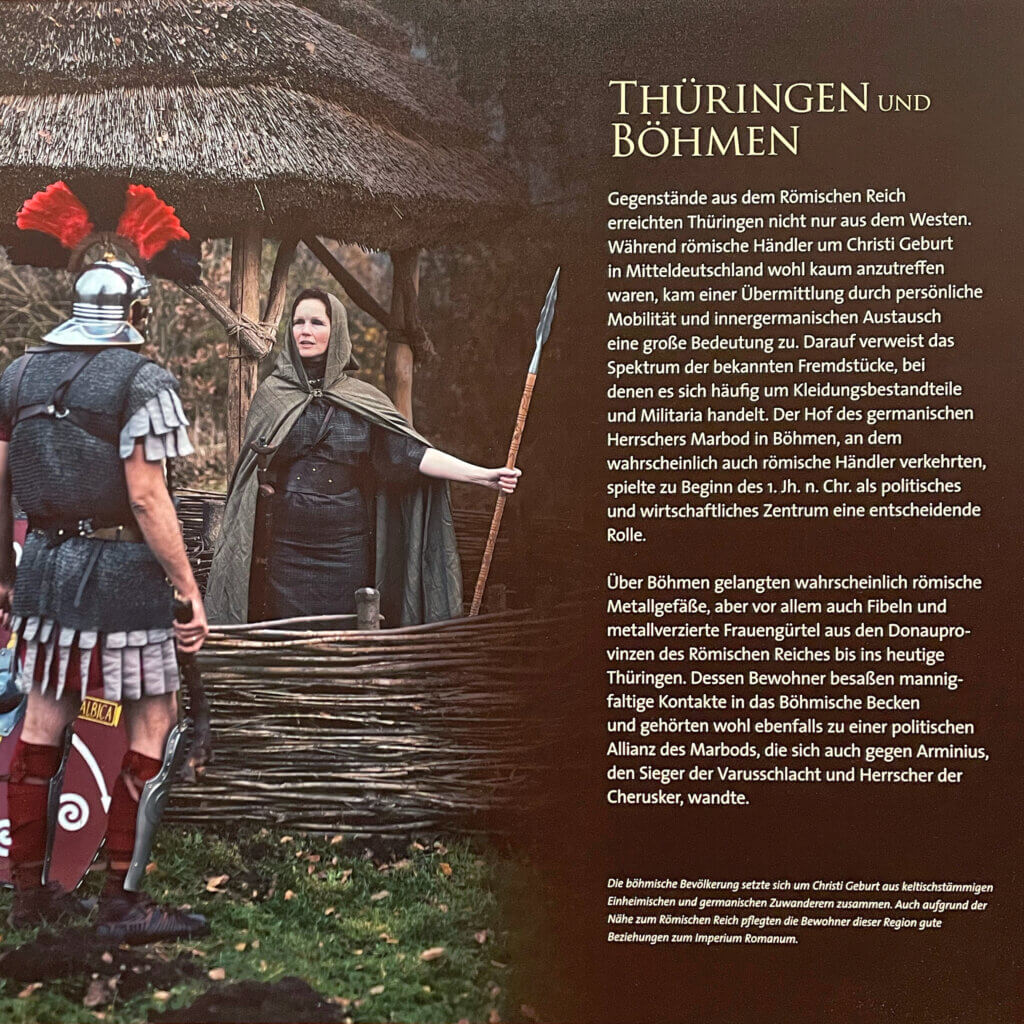 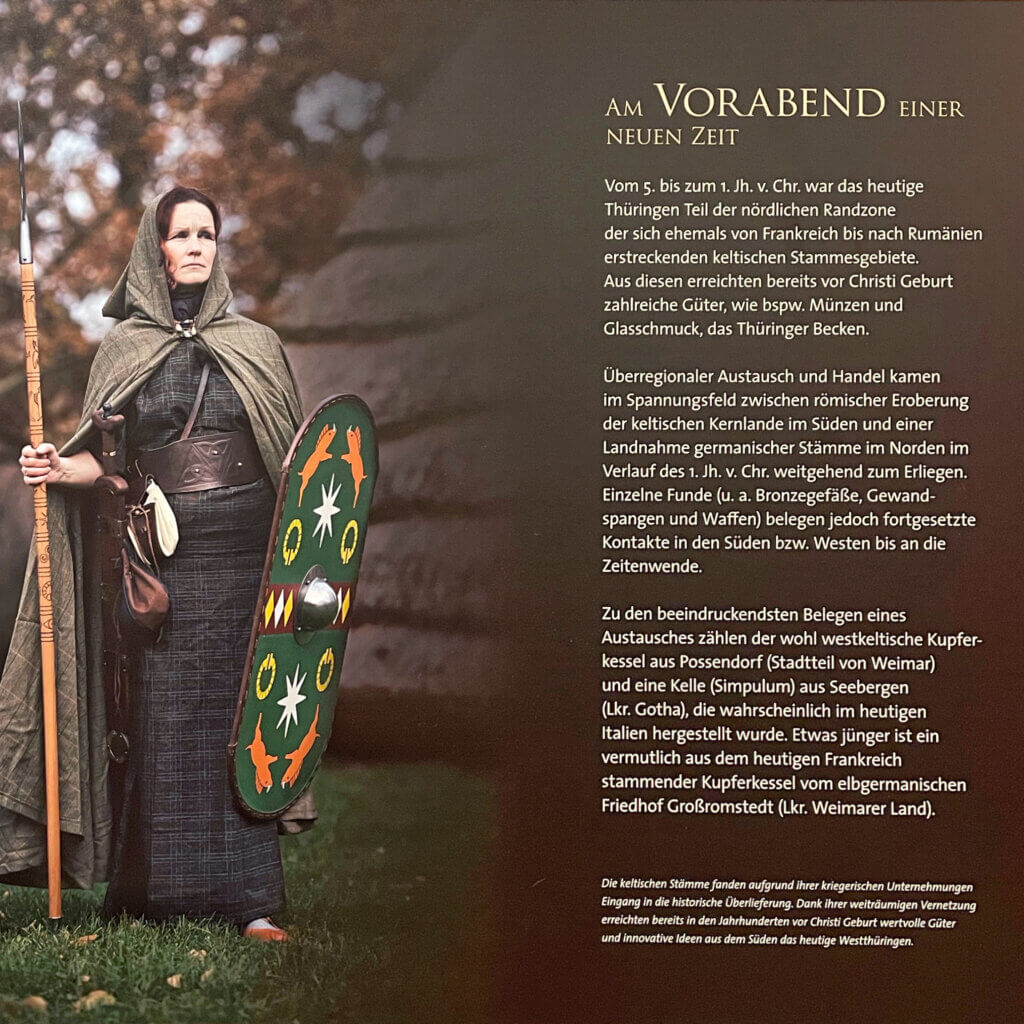 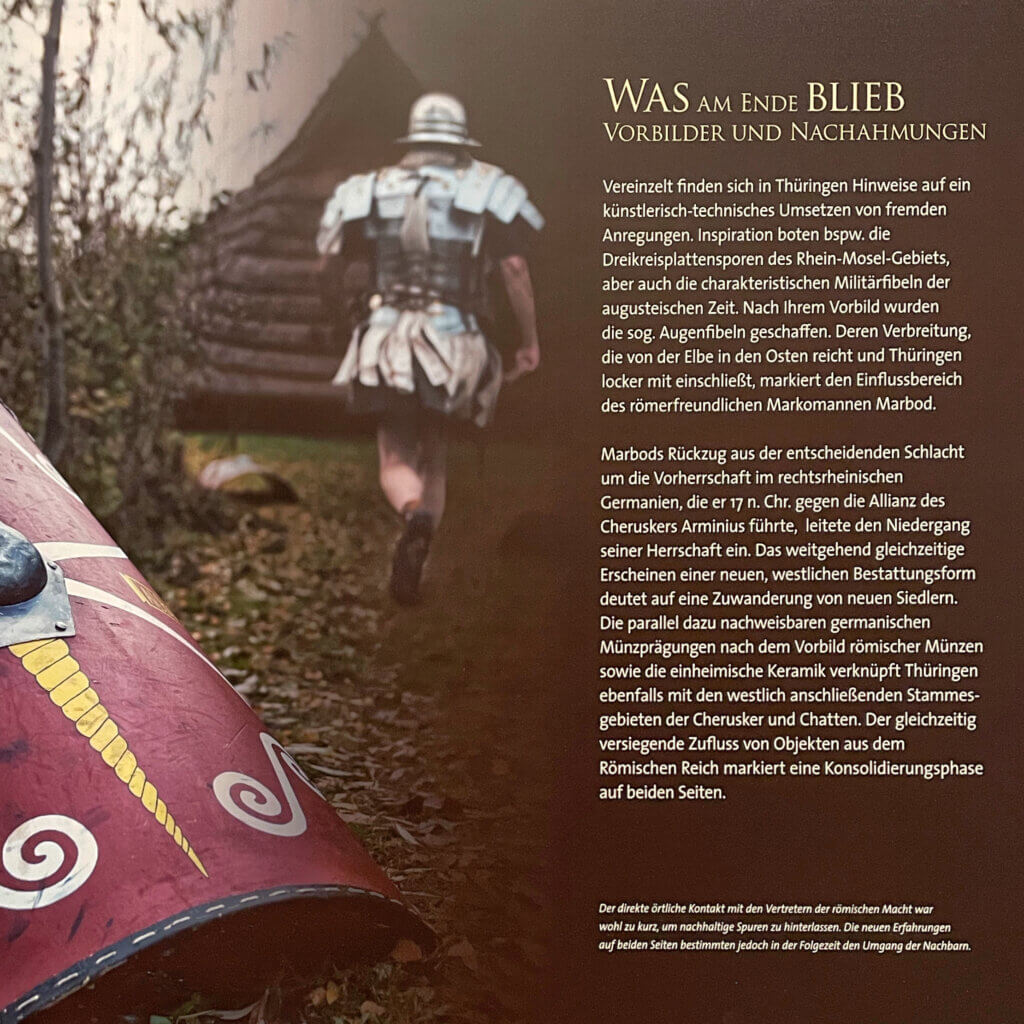 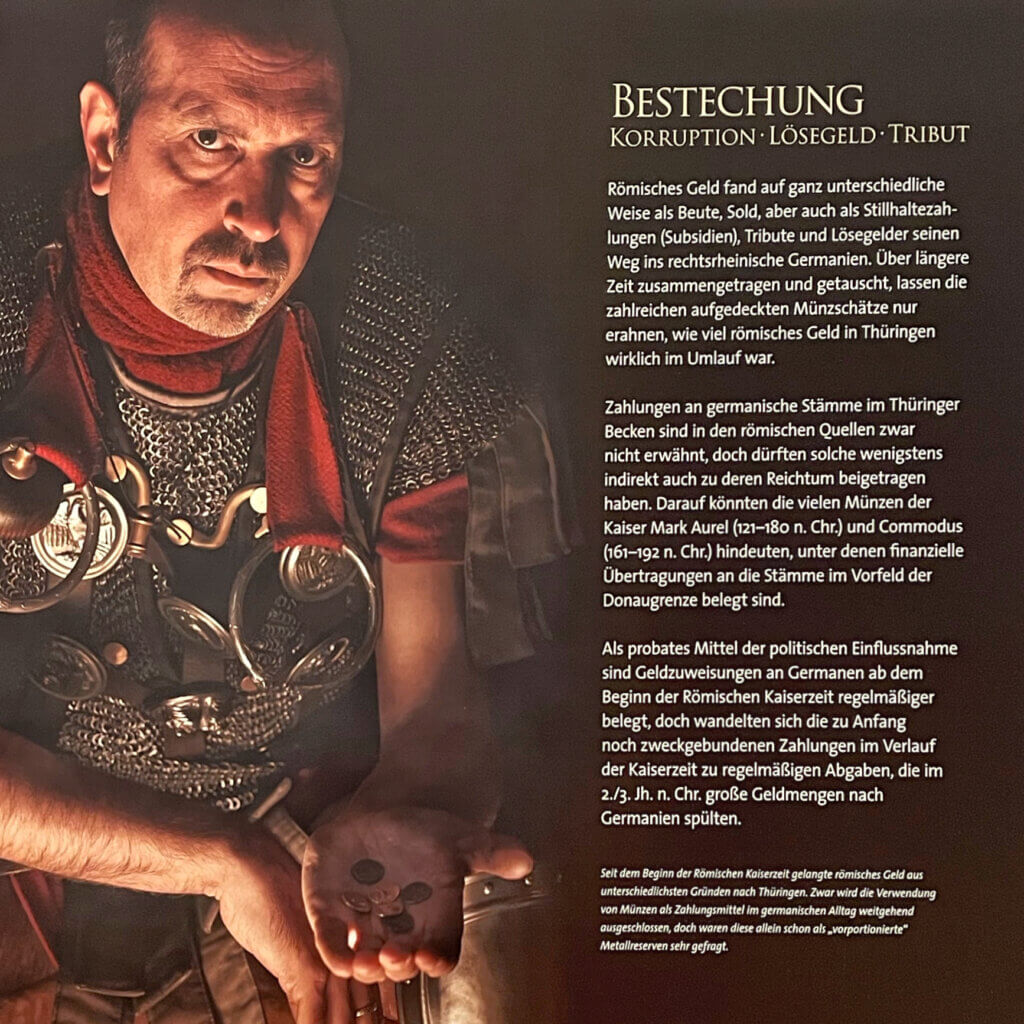 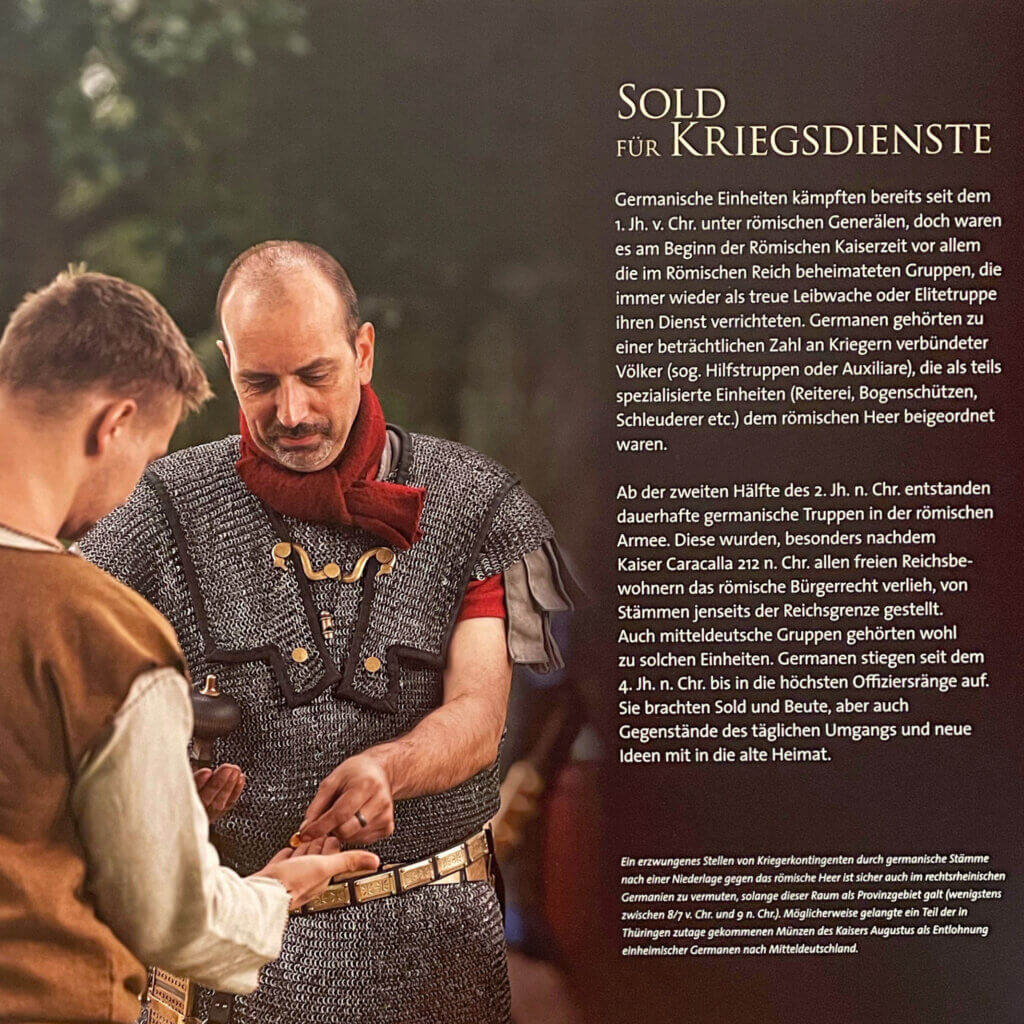 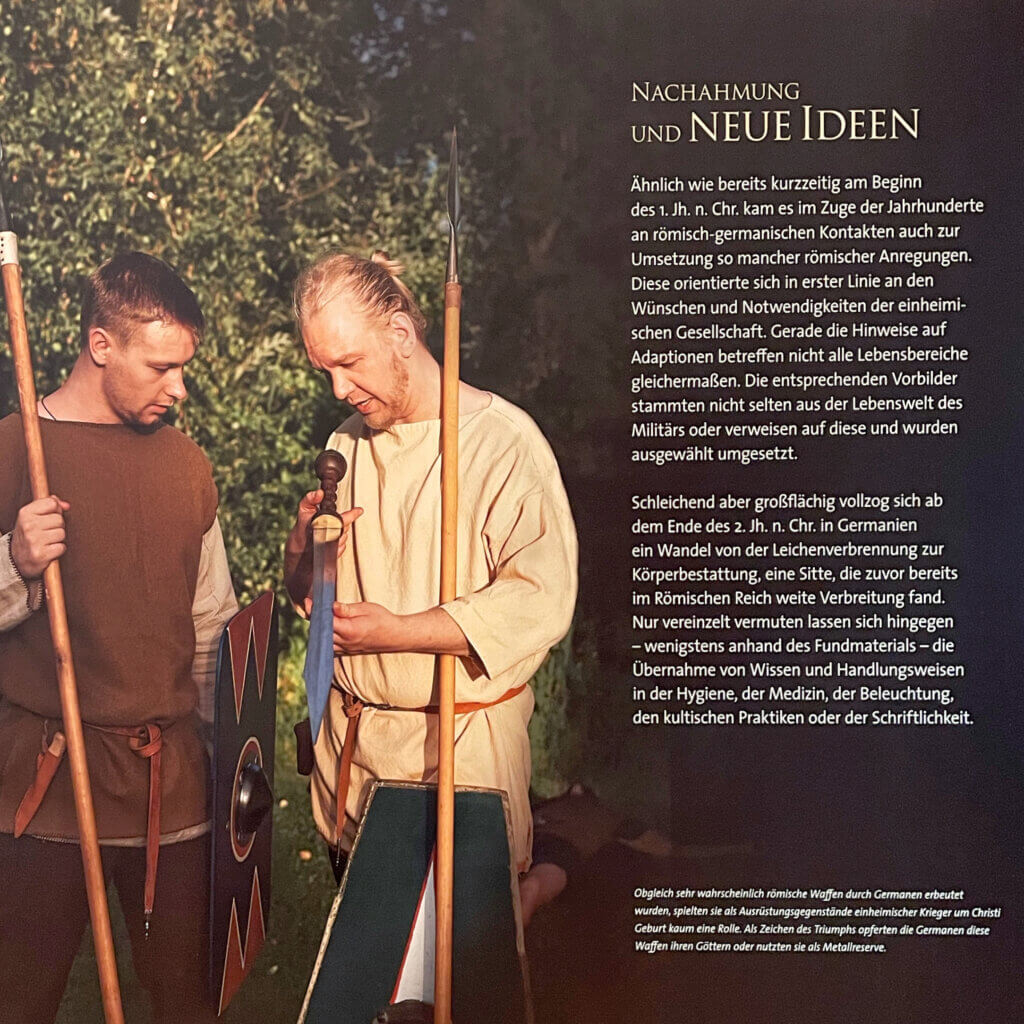 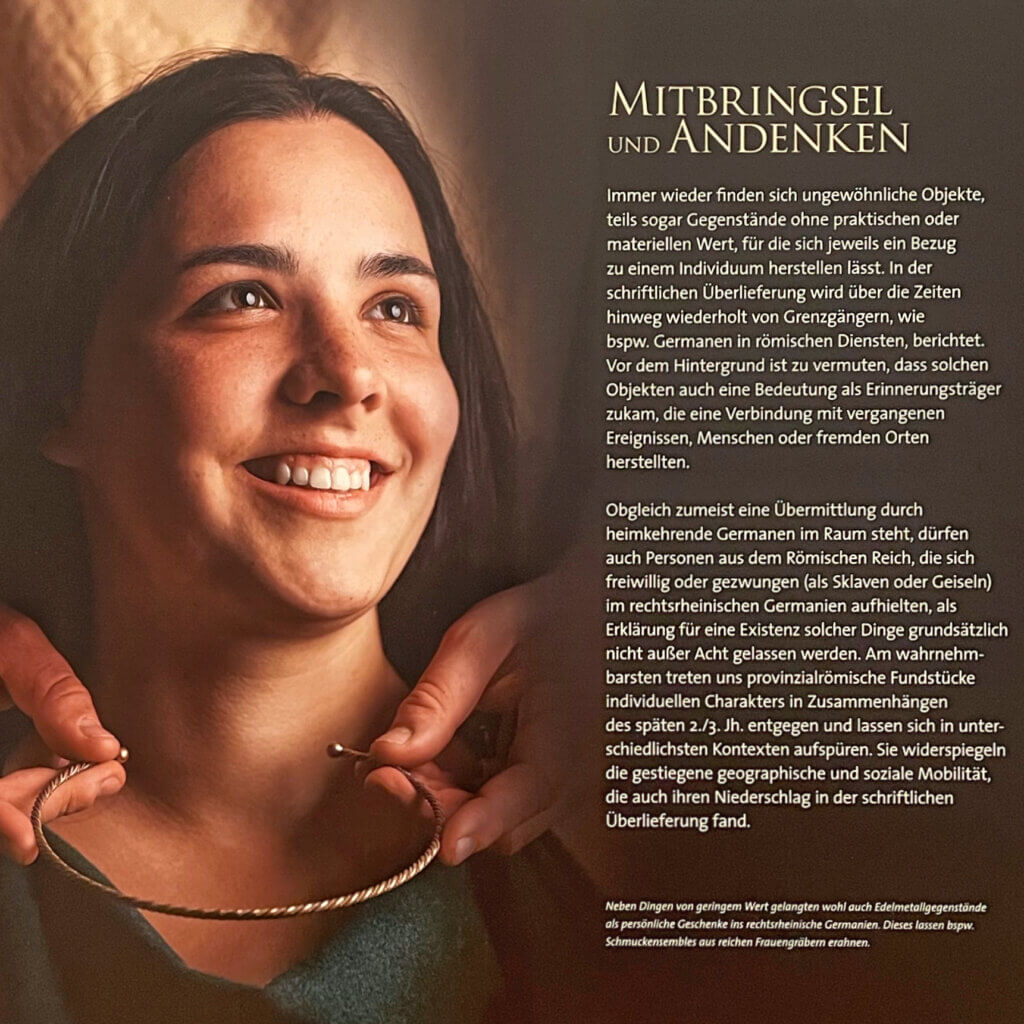 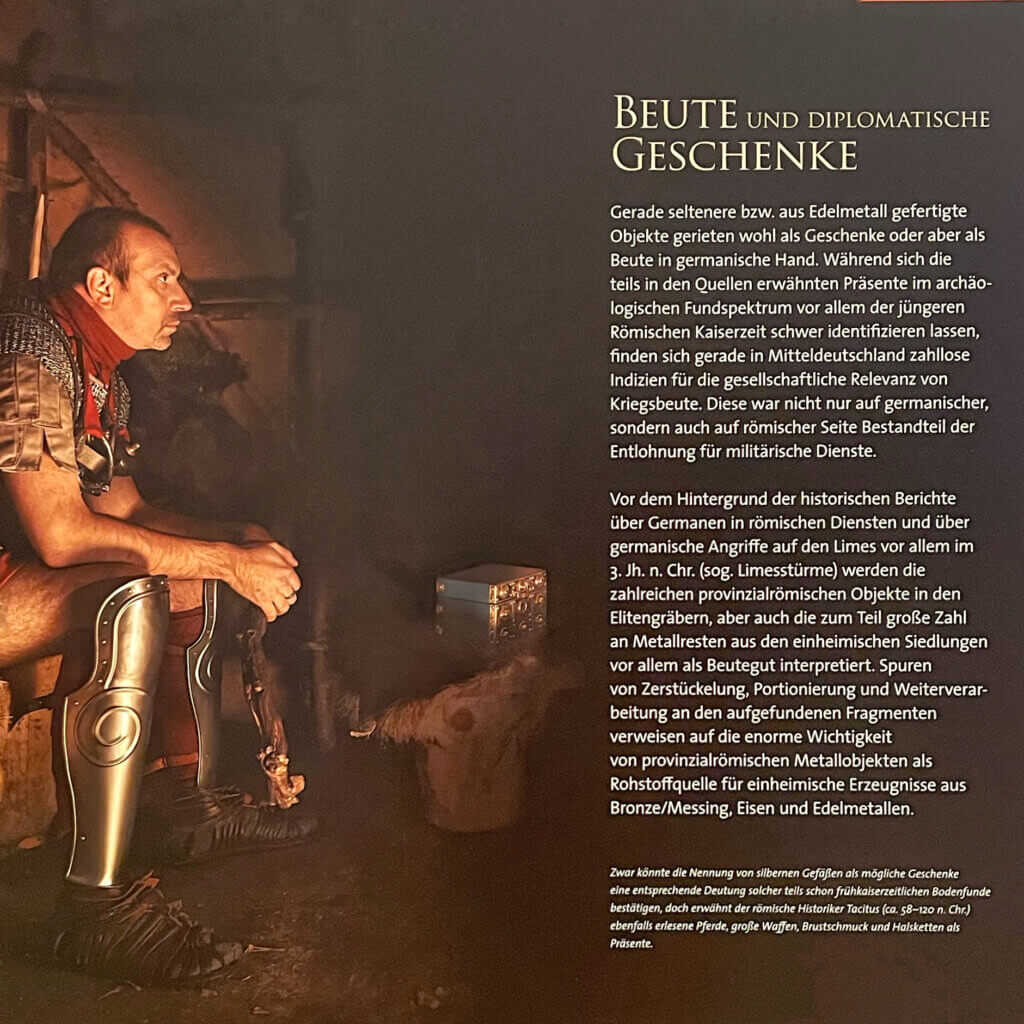 Rome’s Lost Province – Archaeological Traces in Thuringia
Exhibition at the Museum of Cultural History in Mühlhausen until 26 September 2021. In the meantime, the exhibition catalogue has been published and can be ordered in the museum’s webshop.

The Winckelmann Museum in Stendal